This is Larry & Louise. They are two sagebrush lizards that live and hang out near our patio in our backyard. Larry is the one with flecks of blue in front of Louise. Last summer during the never ending lock down we noticed a lizard basking on the top rocks of a small retaining wall next to our patio. It just hung out there and wasn’t even too scared of us if we moved the grill or used the hose which were right next to the rocks. We named the first one Larry not knowing at all if it was male, but we like alliteration. Then there were two, we called them the Larrys, why not? This spring the lizards are back and upon researching further and watching them through a spotting scope (good thing an amateur astronomer lives here), we realized that it’s a male and female and the male has been working very hard to woo the female. We aren’t sure if there will be tiny lizards or not, but we’ll see. For now we check up on them and watch them chase each other and we hope Larry gets his girl. 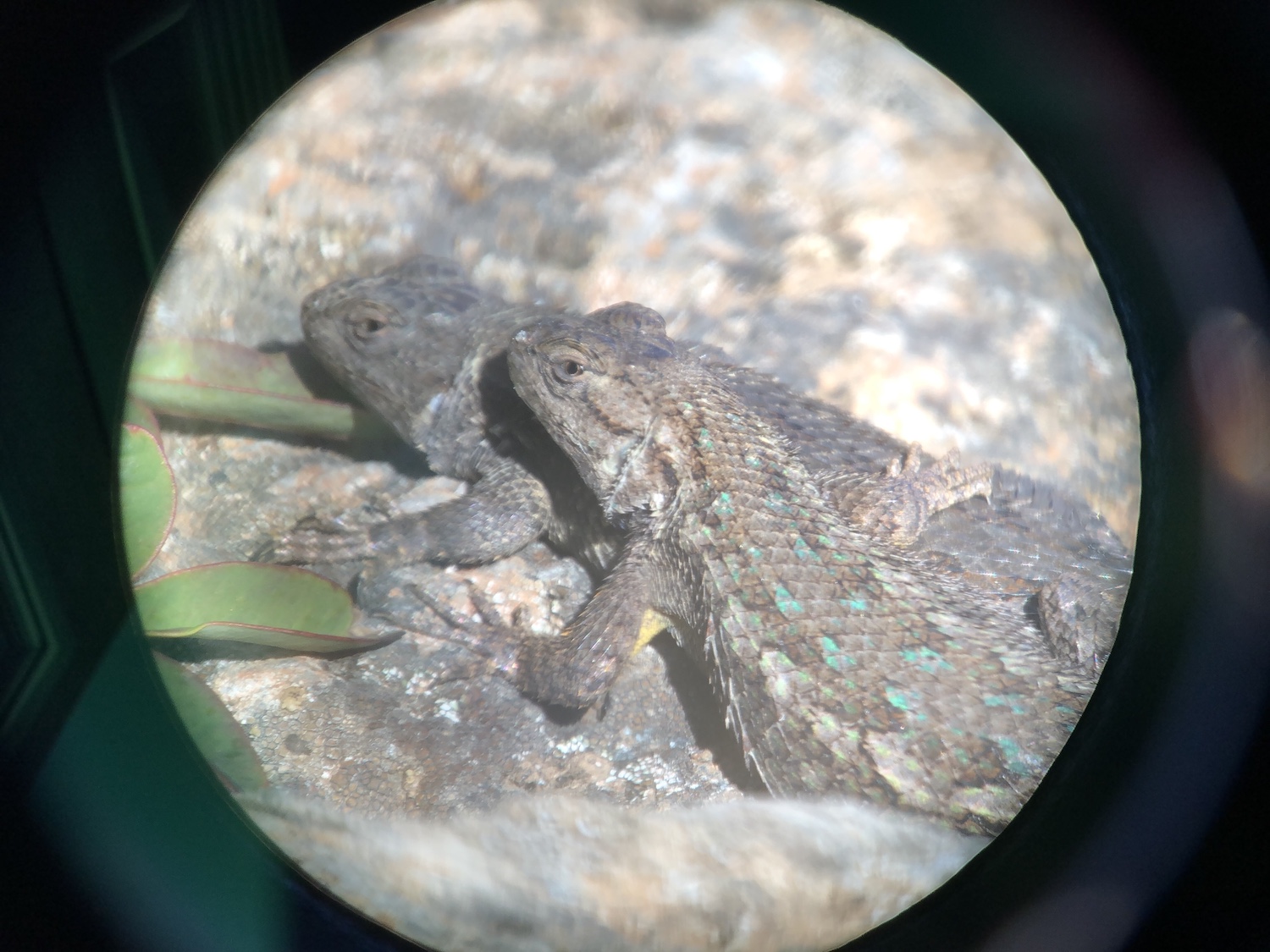